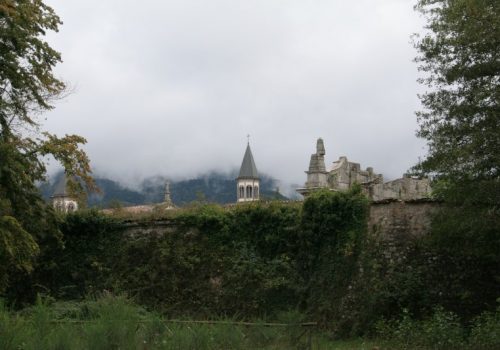 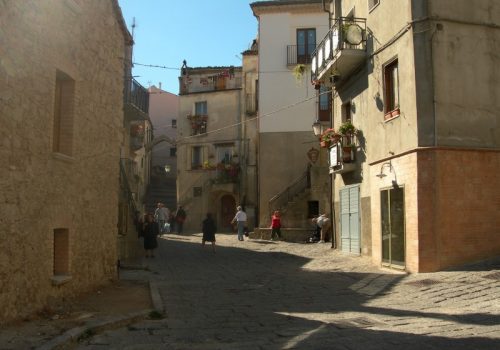 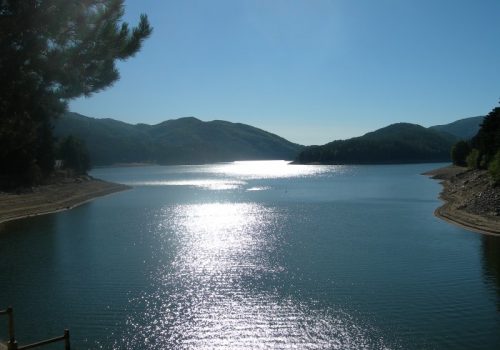 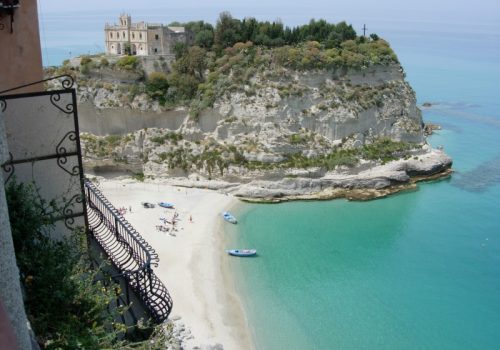 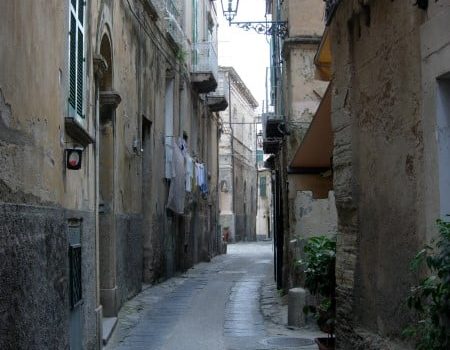 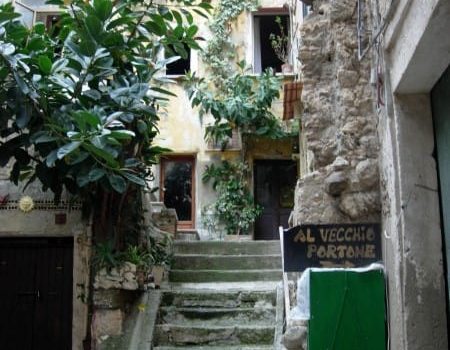 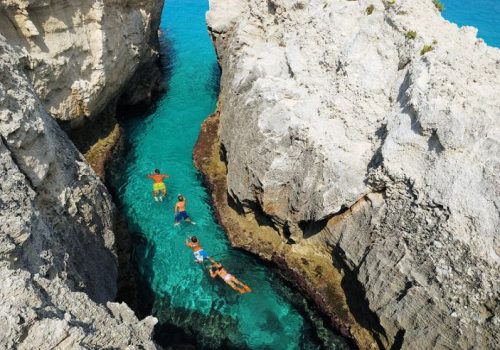 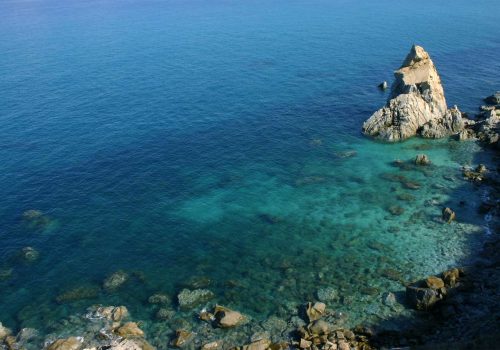 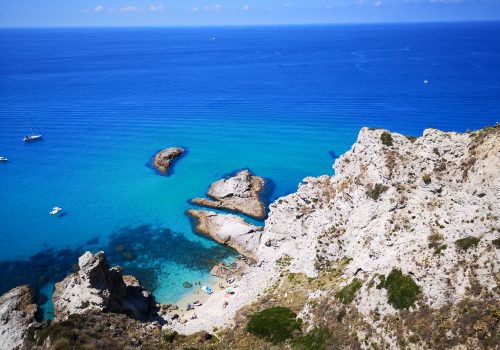 Coast of the Gods

The coast is a continuous succession of beaches, cliffs and caves. Slightly above the sea level, there are also wonderful villages that contribute to the stunning landscape. The cobalt blue sea water is calm for most of the year and can be seen from several panoramic views along the coast. It is very likely that you find yourself eating an ice cream or some fish on a terrace, admiring the ocean. The sun, red like a ball of fire, melting into the sea horizon will present you with the most stunning sunsets you have ever seen.

The beach of Tropea is definitely among the most beautiful beaches in this area. On top of the cliff that divides the beach in two parts you can see the cathedral of Santa Maria dell’Isola looking down on us. The other beaches such as Grotticelle, Formicoli, Riace Bay, Capo Vaticano, Santa Maria, il Tono, Marinella are as beautiful as the one in Tropea.

Moreover, there are the reefs of Coccorino and Joppolo which are characterized by an extremely rich sea flora and fauna. Along the coast you can find numerous animal species (such as donkey, nudibranchs, bearded fireworms, needle fish, sponges of different colours) and plants (such as claveline and astroides). 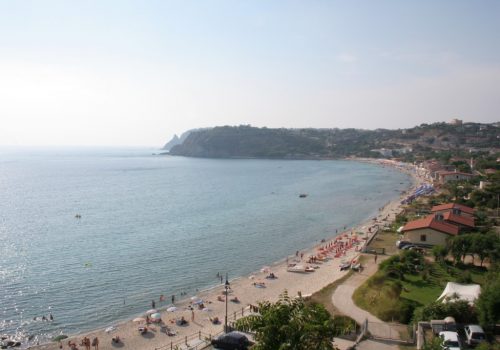 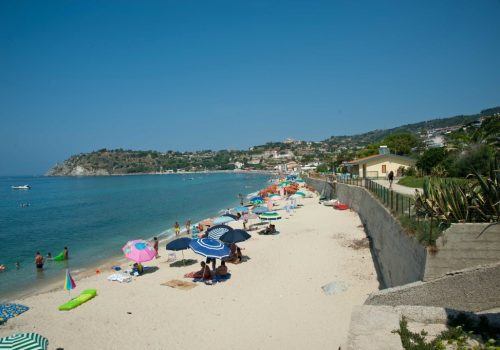 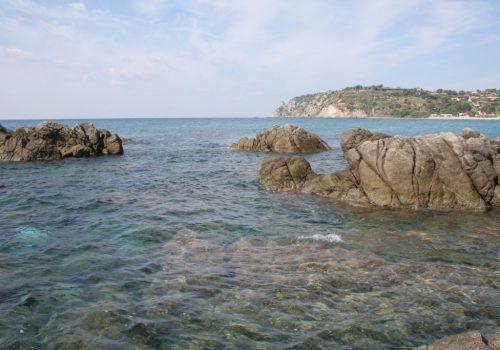 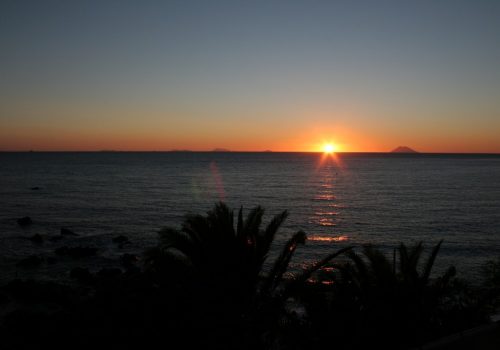 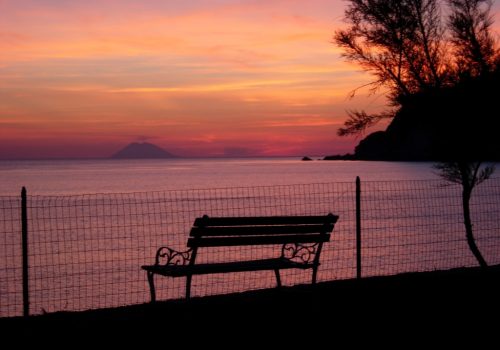 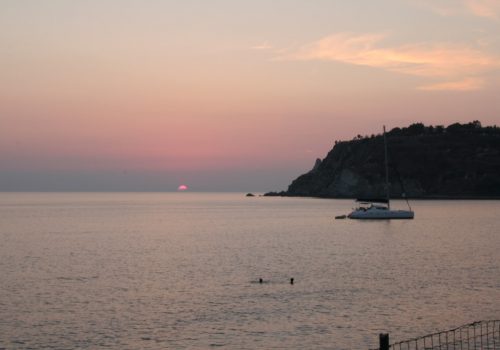 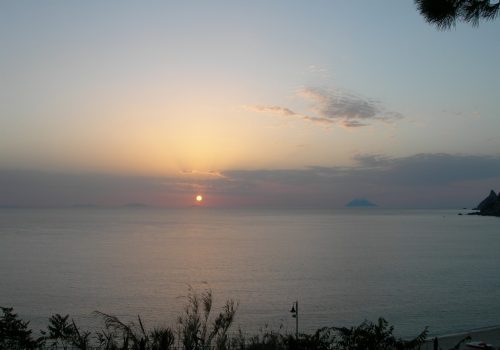 The area is full of artistic and cultural attractions. In the town of Tropea, you might stroll around the ruins of a prehistoric settlement, two necropolis of the Iron Age, some proto-Byzantine remains and the Cave of S. Leo (Byzantine frescoes). Besides, there is the Church of Santa Maria dell’Isola which is characterized by a typical architecture and a beautiful garden full of Mediterranean plants. For its natural beauty, history and culture, the island offers one of the most interesting sights in the area.

In the surrounding area there are interesting archaeological sights from the Neolithic period as well as Medieval Castles (Castello di Pizzo, Castello di Nicotera, Castello di Vibo Valentia) and 18th and 19th century palaces. In the small town of Parghelia (2 km north of Tropea) there are ruins of Roman imperial palaces, whereas in the village of Zungri (8 km south of Tropea) there is a large cave-settlement from the Paleolithic period with about eighty caves carved into the sandstone.

Furthermore, there are museums to visit in Vibo Valentia Pizzo, Nicotera, Monterosso Calabro and Mongiana. The water mills could also be of interest to the visitor.